The superconductor-insulator transition (SIT) is an excellent example for a quantum phase transition at zero temperature, dominated by quantum fluctuations. These are expected to be very prominent close to the quantum critical point. So far most of the experimental study of the SIT has concentrated on transport properties and tunneling experiments which provide indirect information on criticality close to the transition.

Here we present an experiment uniquely designed to study the evolution of quantum fluctuations through the quantum critical point. We utilize the Nernst effect, which has been shown to be effective in probing superconducting fluctuation. We measure the Nernst coefficient in amorphous indium oxide films tuned through the SIT and find a large signal on both the superconducting and the insulating sides which peaks close to the critical point. 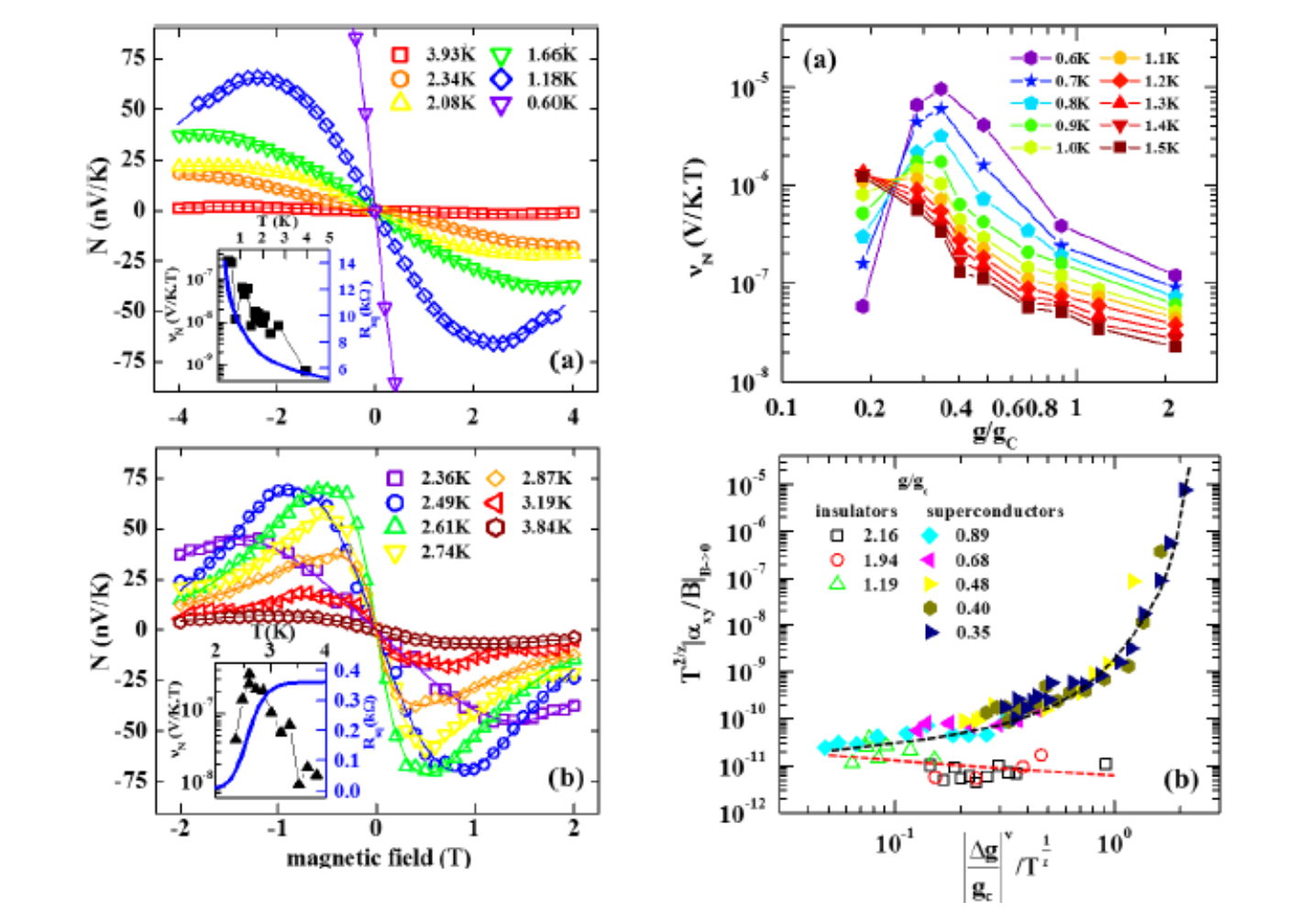